Norfolk Southern offering starting bonuses of up to $5,000 for conductor trainees 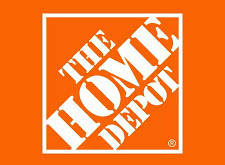 The Home Depot reduced its combined Scope 1 and 2 carbon emissions by approximately 172,000 metric tons in 2021, equivalent to taking more than 37,000 cars off the road for a year. The company reduced its electricity consumption by approximately 11 percent year-over-year in U.S. stores – while at the same time opening five new stores – and cut U.S. store electricity usage by 50 percent since 2010.

These and other highlights are included in The Home Depot's 2022 ESG Report, which provides updates on the company's progress centered around three environmental, social and governance (ESG) pillars: focusing on our people, operating sustainably, and strengthening our communities.

The Home Depot paid record Fiscal 2021 Success Sharing bonuses to non-management associates of approximately $739 million. The company's U.S. associate base was once again more ethnically diverse than the U.S. working population; approximately 36 percent of its new hires were women, and more than 57 percent were ethnically diverse in 2021. The Home Depot spent $3.3 billion with Tier I diverse suppliers in 2021 and announced a goal to spend $5 billion annually by 2025.

The Home Depot Foundation crossed a milestone of more than $400 million contributed to veterans' causes since 2011, while also making meaningful progress on its skilled trades training initiatives and responding to communities struck by natural disasters during the year.

"Our team knows that an effective ESG strategy works best when we all work together – our associates, nonprofit partners and supplier partners – to generate the most positive impact possible," said Ted Decker, CEO and president of The Home Depot. "The progress we've made in focusing on our people, operating sustainably and strengthening our communities is a testament to the hard work and dedication of our associates. I want to thank them and all our partners for their commitment to helping us do our part to take care of our customers, communities and each other."

Deluxe Partners with U.K. Department for International Trade on Fintech Mission to Promote Collaboration and Innovation

Workforce Strategy: The Art and Science of Retaining Talent

THE HOME DEPOT EXPANDS REPORTING ON DIVERSITY, EQUITY AND INCLUSION AND DEFORESTATION EFFORTS