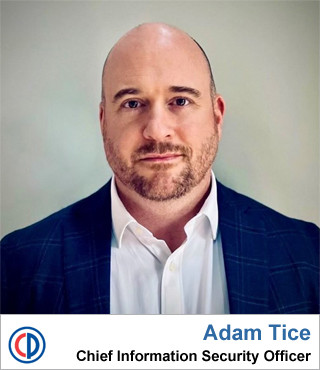 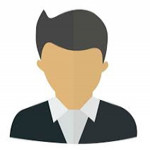 Colonial Pipeline today announced that Adam Tice has joined the company as Chief Information Security Officer. In his new role, Tice will oversee and be responsible for Colonial Pipeline’s information and data security program.

“Adam is a leading expert in his field and brings well-established credentials – both in terms of his leadership experience and his technical skillset,” said Joe Blount, President and Chief Executive Officer of Colonial Pipeline. ​“We remain committed to continue our investment in cybersecurity. Bringing Adam onto the team is an important next step in our journey to mature and further enhance our defenses – and in our efforts to deepen our public-private sector cybersecurity partnerships.”

Tice has a proven track record addressing the most complex and sensitive security issues in post-breach environments.

“American businesses, both large and small, are increasingly becoming a target of nation-state actors or cyber criminals with a variety of motives. As we saw with the various cybersecurity incidents last year, one bad day can cause a ripple effect across the country,” said Adam Tice. ​“What’s important in a post-breach environment is the willingness to invest in technology, talent and infrastructure to come back from an incident even stronger. I’m looking forward to being a part of the Colonial team and delivering on this important mission to keep our critical infrastructure safe.”

Most recently, Tice led security operations, detection and response, threat intelligence, and investigations at Silicon Valley Bank. There he was tasked with overseeing the bank’s cyber defenses and ensuring the leadership team stayed apprised of the latest threats to the financial industry.

Tice developed expertise in navigating post-breach environments when he joined Equifax as the Senior Vice President of Cyber Operations after their 2017 incident. In this role, he helped to build and cultivate a team of more than 130 security professionals while working to help mature and enhance the organization’s security program. Earlier in his career, he worked as a consultant at leading cybersecurity consulting firm, Mandiant, and at defense contractor Lockheed Martin.

Tice earned a Bachelor of Science degree in Information Systems Management in 2000 from Bob Jones University in Greenville, South Carolina.

About Colonial Pipeline: Colonial Pipeline Company, founded in 1962, connects refineries – primarily located in the Gulf Coast – with customers and markets throughout the Southern and Eastern United States through a pipeline system that spans more than 5,500 miles. The company delivers refined petroleum products such as gasoline, diesel, jet fuel, home heating oil, and fuel for the U.S. military. Colonial is committed to safety and environmental stewardship across its operations. More information about Colonial is available at www.colpipe.com.